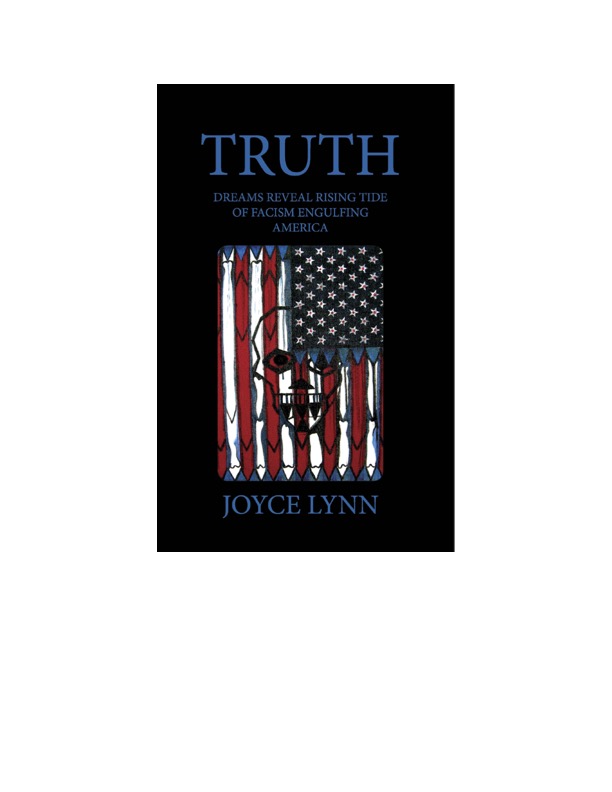 “Dreams are conduits to truth. Dreams wake us to reality and response. Yet, dreams are surreal because they divulge ‘an absolute reality,’ a higher degree of reality than the five senses perceive.” —André Breton, originator of Surrealism, the political art movement opposing totalitarianism in the aftermath of the horrors of World War I.

In 2006, three years after the US invaded Iraq, journalist Joyce Lynn dreamed she was standing in the middle of Bush Street in San Francisco. A knee-deep flood swirled around her.

The meaning of the dream became clear when she read a commentary about The Third Reich of  Dreams: Nightmares of a Nation 1933-39 by German journalist Charlotte Beradt: The reviewer  wrote, “The book traces the ways in which the rising tide of fascism infected the unconscious lives of ordinary Germans. . . .”

Like Beradt’s narrative, Lynn’s exploration of the dreams of ordinary Americans and her own dreams, collected since the 2000 Bush-Gore presidential election, exposes a nation in peril. More like nightmares, the dreams of mothers, artists, poets, psychologists, and other Americans reveal totalitarianism seeping into the world’s titular democracy.

In their dreams, Americans, like the Germans during the rise and reign of Adolf Hitler, sense their government stealthily implementing  facets of fascism— fear, mass surveillance, aggressive wars, disinformation, and extreme nationalism. Their dreams expose the truth of stolen  US elections, 9/11, the US invasion of Iraq, and vanishing  rights as government and corporations collude to deprive us of our very humanity.

TRUTH: Dreams Reveal Rising Tide of Fascism Engulfing America births a new journalistic ethos, one wedding truth and consciousness. In these turbulent times, we must wake to the reality of our dreams or be swept away in the swirling waters.

JOYCE LYNN, a former political reporter in Washington D.C., is the author of two books on the power of dreams—Plum Dreams Diary: On Mothers, Men, Modern Medicine, and the Divine and Dreams and the Wisdom Within.